For the organizations with no volunteer programs, for the groups which are too small to recruit volunteers, for the people who are doing good in the world but aren’t receiving the help they need, there is Lori Tsuruda. For nearly 30 years, she has been not just volunteering, but perfecting the practice of making a difference.

Tsuruda’s organization is aptly titled People Making a Difference (PMD), and she founded it in 1992. She focuses on organizations that are less likely to receive the help they need without her. PMD does not work with many groups that already have volunteer programs.

“Over 85% of the organizations we work with don’t organize the volunteers themselves or have the ongoing projects throughout the year,” Tsuruda said. “Small, community-based groups are the most needy but the least likely to get volunteers. Our core strength is bringing that value.”

Over her years of volunteering, Tsuruda has received numerous awards, including the late Massachusetts Volunteer Network’s Volunteer Achievement Award for exceptional merit in 1994 and most recently, the Active Citizenship & Public Service Award by Tufts University Alumni Association in 2012. She was named one of the “Ten Outstanding Young Leaders” by the Boston Junior Chamber of Commerce in 1995.

“I generally don’t like the attention,” she said, of the awards. “It’s always good to have good work recognized. It’s because of our volunteers that we’ve earned anything.”

Tsuruda has been an outstanding volunteer leader since high school and college, in Key Club and the service fraternity Alpha Phi Omega (APO) at the Massachusetts Institute of Technology (MIT).

She studied applied biology at MIT and then earned her Masters of Science in cell biology at Tufts University. Over time, she became more into volunteering, and focused more and more on those efforts.

“Every semester, when student leadership turns over, small community charities have to work with a new student,” Tsuruda said. “It’s like speed dating. It’s really rough on charities that don’t have a lot of time.”

While Tsuruda’s passion shifted more toward volunteerism than science, she managed to do both while working on her post-graduate degree, founding PMD and then working nonprofit jobs.

“I worked at The Nature Conservancy [at Tufts], the perfect intersection between volunteering and science,” she said. “I was doing fundraising, so I got to talk to scientists and do grant proposals.”

Tsuruda said her MIT education prepared her for the problem-solving aspect of nonprofit work.

“It’s asking the right questions. Defining the problem, understanding the context,” she said.

The National Braille Press (NBP) is her longest standing relationship with a nonprofit, dating back to 1991. She found NBP listed in APO records and made a call. Since then, she has done painting and repairs to the building in Boston, weighed and packaged zinc plates for recycling, collated pages for braille books, and more.

“Our first book was Rosie Revere, Engineer,” she said. “The next one was Ada Twist, Scientist. Last year we did Hidden Figures, and last year we did one called Sun! One in a Billion. This year, we will be doing The Girl with a Mind for Math, the Story of Raye Montague in October.”

“We don’t think any kid, sighted or blind, should be without role models who look like them,” Tsuruda added.

After each volunteer project, PMD asks the volunteers for their feedback. Each volunteer is also sent a reprint of the group photo, and they can tag themselves in photos posted on the PMD Facebook page.

“We get better and better as we go,” she said. “It’s been great to capture what people learned, what they’re excited about, the takeaways at the end…That’s the big secret to why we’re successful: we’re committed to continuous improvement. We’re able to incorporate what we learned from our volunteers.”

Tsuruda said that volunteers often get more out of their experiences than they expect, like when PMD volunteers cooked meals for elderly people and had conversations with them. It’s part of what’s unique about volunteering and what makes her want to do more.

While PMD has grown and will be reaching its 30-year milestone in 2022, Tsuruda hopes that people will recognize that they don’t always need PMD to make a difference themselves.

“There’s plenty of stuff locally happening,” she said. “If you’re aware of your community, you don’t need me to find an opportunity because you’re already aware. People can look around and see what’s going on nearby. It might be your neighbor.” 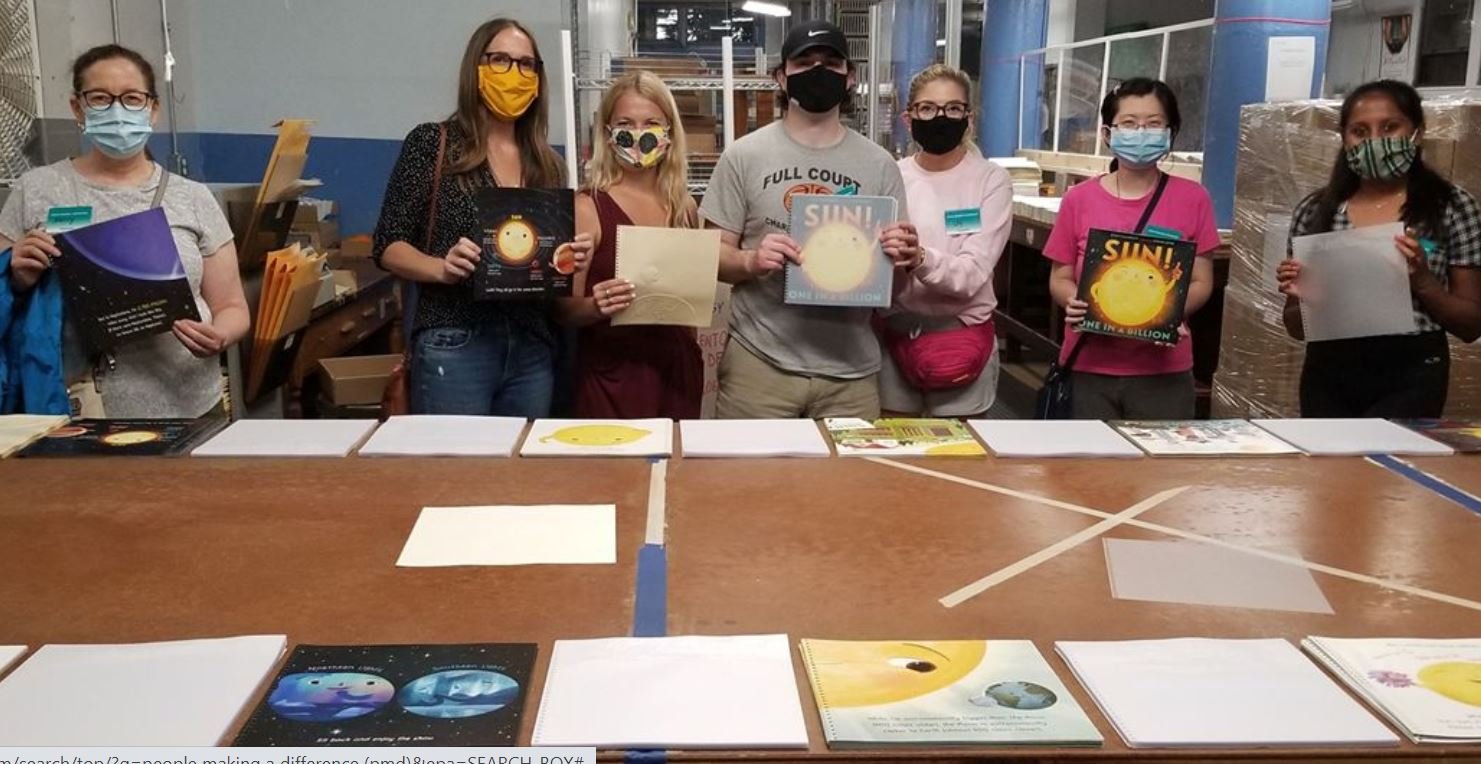 We love to hear from you, leave your comments below.